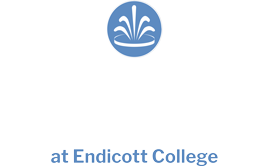 Historic Salem has a rich past and exciting present.

Salem History: past and present

With a rich history that dates back 150 years before the United States was founded, Salem is undoubtedly one of the most unique and interesting cities in America. Although it was founded in 1626, Salem officially put itself on the map in 1692, when the infamous Salem Witch Trials brought hysteria to the community. The madness began when a local physician diagnosed several teenage girls as bewitched, resulting in the hanging of 19 people. A visit to the Salem Witch Museum is one of the most fun Things to do in Salem, along with the After Dark Walking Tour and Black Cat Tour, if you’re brave enough.

Historical Salem isn’t all about the witch trials, however. The city is known for its maritime history and as the birthplace of the National Guard. During the War of Independence and the War of 1812, the city was even a sanctuary for privateers. As if that wasn’t interesting enough, Salem is also known as the birthplace of novelist Nathaniel Hawthorne. It’s believed that he was inspired by one Salem mansion to write his novel, The House of Seven Gables.

Salem’s vibrant past isn’t the only reason to visit, either. Present-day Salem is pedestrian-friendly and boasts a variety of attractions, including world-class museums, historic architecture and fantastic shopping and dining options.

The Wylie Inn offers year-round specials and packages that offer guests with the opportunity to experience all that Salem offers. We are also conveniently located near antique and outlet shopping, great dining and art galleries. Book your stay today to Visit Salem. It’s a trip you won’t soon forget.